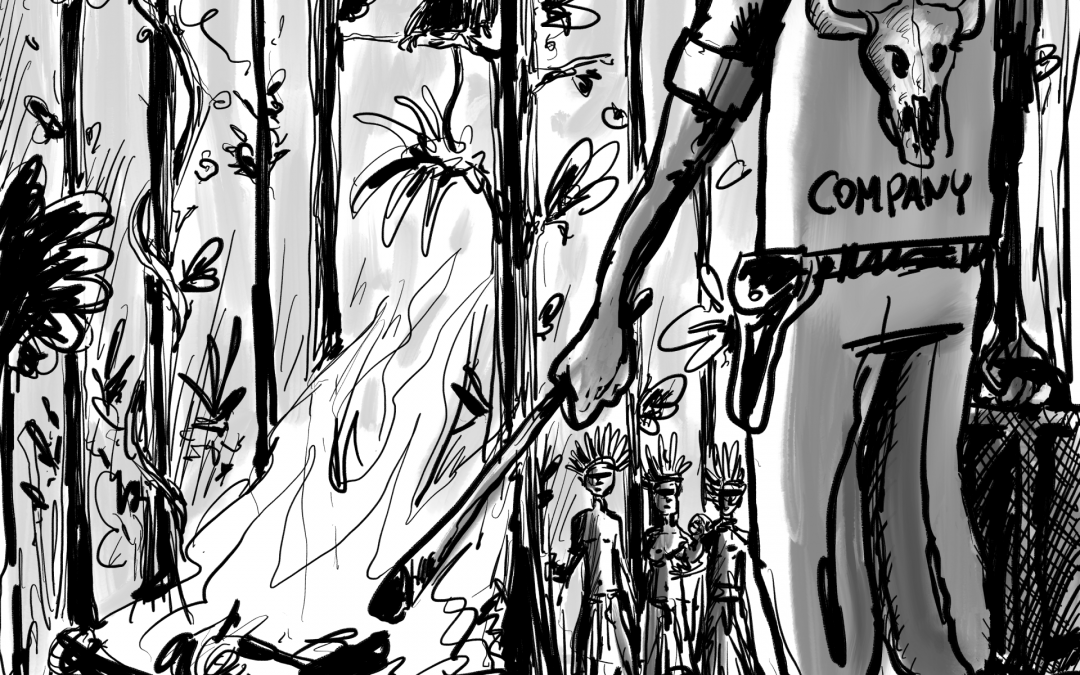 Meanwhile the amazon continues to burn … and some companies will make more money.

Since Bolsonaro’s election, the illegal logging by criminal networks in the Amazon has become more brazen, according to enforcement officials and residents. “They believe that they will be able to do whatever they want, and we won’t be able to impose fines on them or destroy their equipment,” one senior IBAMA official explained. Community leaders in two regions of Pará state told Human Rights Watch that they used to see trucks removing illegally-harvested timber from the forest only at night, but since Bolsonaro’s election, the trucks also pass in unprecedentedly large numbers and in broad daylight. Just in January, loggers invaded at least four Indigenous territories.

The impact on the rainforest has been dramatic. During Bolsonaro’s first eight months in office, deforestation almost doubled compared to the same period in 2018, according to preliminary official data. By August 2019, forest fires linked to deforestation were raging throughout the Amazon on a scale that had not been seen since 2010.

Such fires do not occur naturally in the wet ecosystem of the Amazon basin. Rather, they are started by people completing the process of deforestation where the trees of value have already been removed, and they spread through the small clearings and discrete roads that have been carved by loggers, leaving veins of dryer, flammable vegetation that serve as kindling to ignite the rainforest.